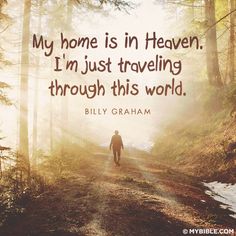 I have lived in nine states, (seven really, two of the states on two different occasions.) Nineteen different homes, as well as three hotels for a period of three to six months while in transition. In the first grade I attended four different schools that year. My family just completed another long distance move, this one the farthest by far at just over two thousand miles. Moving is not a new thing for me, I am used to it, and yet each time we move, I whine and complain.

I don’t like having to “start over”. Having to find a new church home, make new friends (for me and now my children as well). Also depending on where we are moving, I am not always excited about the climate; which is the case in our latest move. I don’t “do” snow! It’s not that I don’t want to meet new people, I love people, I am and have always been a “people” person. I thrive on social interaction. The problem I have is being taken from my comfort zone. It seems as soon as I get accustomed to a new place, make friends, settled into a church; the Lord always moves us. And when I mean move I don’t mean just down the street…I mean thousands of miles.

Ok…so it’s not necessarily God’s fault. Let me clarify. Growing up we moved each time my father got promoted and now my husband is in the military. Yes, I did know when I married my man that moving would be involved…still, I don’t like it!

On the plus side I have been exposed to different cultures. My best friends have always been of other ethnicities. I don’t plan it that way, it just happens, but it is neat to learn about other cultures. I am exposed to different foods. Some really good, like loaded bar-b-q baked potatoes in Alabama. Others I can do without…like Big Red…sorry San Antonio…I just don’t get that one; way, way, way too sweet for me! However I do love the tamales! Or why is Provolone and American cheese (which AM cheese to me does not really count as real cheese) so popular in Pennsylvania? I am a cheese lover, but provolone and American…come on you have to expand your palate!?

At times I have been forced out of my socioeconomic bubble. And while it’s uncomfortable, it is eye-opening, and a good reminder of just how privileged I am. Living in the United States we tend to think of poverty as a third world problem, and yet it is right here all around us. If we had chosen to live in a comfy middle class suburb instead of downtown Montgomery, Alabama or San Antonio, Texas our family would have missed out on all the opportunities we had to minister to the homeless. It’s easy to ignore the problem when you don’t see it on a daily basis, not so much when it’s in your face. Especially when the “problem”, really is NOT a problem…it’s a person with soul, a story and needs.

Just as the song America the Beautiful describes I have seen those amber waves of grains when passing through the plains states, I have crossed the purple mountain majesties, seen the fruited plains, experienced the spacious skies. I have placed my feet in both the Atlantic and Pacific oceans seeing with my own eyes sea to shining sea. And while I have not yet experienced every state in the US…it’s pretty close. (Of course this includes my travels, not just where I have lived.)

Still as I was driving through the Appalachian Mountains most recently…in prayer…as it had begun to snow and I was following behind my husband who was in the vehicle in front of me, travelling at high-speed as I was trying to keep up. The kids were both asleep in the backseat and I could not get good radio reception so I was using the time to talk to God. Or rather I should say whine and complain. I was feeling sorry for myself…I was also sort of mad. You see I don’t do heights very well and just two days earlier we drove over several high bridges; now I was driving through the winding mountain roads, in snow as I just mentioned. (And like I said earlier, I don’t “do snow”) I was not too happy that God was “testing” me, let alone moving me across country. Moving and testing me! Why could I have not been born and raised in one place? In that moment I would have been very happy to be ignorant of my location. I was wishing for a pair of blinders, like horses wear, so that I could not see the long drop down the side of the mountain just feet from where we were traveling. In my time of complaining God spoke to me saying “Look around.”

Hesitantly I did…I say hesitantly because I really did not want to see just how high up I was at the moment. But I did look…and I saw…I saw the beauty of God’s creation. The snow-capped mountains. The valley. Even in its fallen state how magnificent this world is, how amazing it is! Suddenly this peace came over me, and immediately I realized just how silly I was being; letting fear creep in and steal this moment for me. God was not going to let me drive off the side of a mountain (or a bridge.)

As I continued to drive looking at the wonder of God’s creation all around me, I realized just how blessed and privileged I really am. I have several friends and family members who were born and raised in the exact same place they are now raising their families. Yes they travel from time to time, but usually it’s a trip to Disney or a local beach only a few hours away. And while there is nothing wrong with that scenario, if I am being completely honest, I myself would get bored living in the same house/town for my entire life.

And besides the boredom factor, had I not moved so many times, I would have missed out on all the experiences mentioned above, as well as the people. Most of the people I connect with, that relationship only lasts for the duration of my stay in that place. However each time I move to a new place I form a bond, usually with two to three women, that no matter the time or distance when we see each other again we pick up right where we left off. Those forever friends that are so precious and rare. And I have several of them, all over the US! Each one enriches my life in her own unique way. If I had not moved, I never would have had the honor of meeting and getting to know each of those precious ladies.

And the reality is, who cares if moving makes me uncomfortable? Jesus never promised that this life would be comfortable or easy. In fact he says the opposite.

‘Then Jesus told his disciples, “If anyone would come after me, let him deny himself and take up his cross and follow me. For whoever would save his live will lose it, but whoever loses his life for my sake will find it. For what will it profit a man if he gains the whole world and forfeits his soul? Or what shall a man give in return for his soul?” Matthew 16:24-26 ESV

The cross is a symbol of crucifixion, one of the slowest and most painful ways a person can die. And Jesus tells us to pick up our cross and follow him? Does not sound like much fun. In following Jesus, my life has not gone at all how I would have planned or chosen for myself. At times I am stretched beyond what I think I am capable of. I have gone through trials I would rather not have gone through, and yet looking back over my life, seeing where I am today, Jesus knew (and knows) exactly what I need. He knows what is best for me.

So if taking up my cross means I am going to have to step out of my comfort zone and move every couple of years, well that is an easy decision. Much easier when compared to what Jesus experienced on his cross!

Besides with each move comes the opportunity to share the gospel. Especially here in my “new home” where less than 6% of the population call themselves evangelical Christians. (2% in my town). Where non-believers and Muslims are the majority…what an opportunity to be salt and light!

And in that moment while driving through the mountains God reminded me of one more thing. No matter how beautiful or amazing this world is…this is NOT my home; Earth is NOT our home…we are simply just passing through!

I have given then your word and the world has hated them, for they are not of the world any more than I am of the world. John 17:14 NIV

“Do not let your hearts be troubled. You believe in God; believe also in me. My father’s house has many rooms; if that were not so, would I have told you that I am going there to prepare a place for you? And if I go and prepare a place for you, I will come back and take you to be with me that you may also be where I am. You know the way to the place where I am going.” John 14:1-4

For here we have no lasting city, but we seek the city that is to come. Through him then let us continually offer up a sacrifice of praise to God, that is, the fruit of lips that acknowledge his name. Do not neglect to do good and to share what you have, for such sacrificed are pleasing to God. Obey your leaders and submit to them, for they are keeping watch over your souls, as those who will have to give an account. Let them do this with joy and not with groaning, for that would be of no advantage to you. Pray for us, for we are sure that we have a clear conscience, desiring to act honorably in all things… Hebrews 13:14-21 ESV

So the fact that I don’t “have a home”, or that I don’t “have roots” like many people do on this earth is not necessarily a bad thing. I am pretty sure I have an advantage of understanding this concept of earth is not our home, much better than someone who is settled and secure in a community in which they were born and raised. I look forward to the day when I do have a home, because that home will never fade, it will be eternal and best of all it will be with Jesus!